There are many regions of the world that are interested in attracting blockchain startups in order to revitalize their local economies. For example, the city of Cleveland is attempting to rebrand as “Blockland” to attract blockchain entrepreneurs, and its state, Ohio, now allows business to pay certain taxes in cryptocurrency. 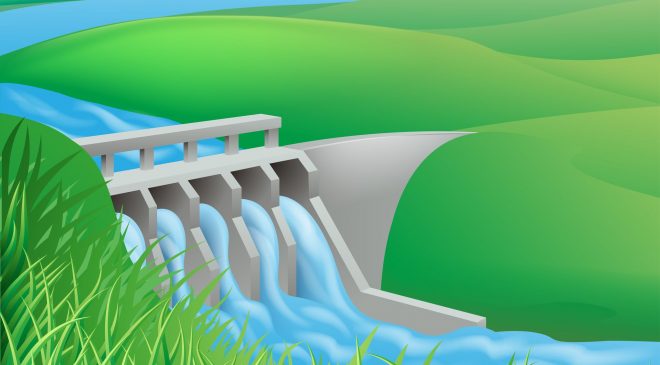 19367399 – illustration of a hydroelectric dam generating power and electricity

Washington has also attracted many crypto mining companies and individuals for one very particular reason. The state boasts some very cheap hydroelectric-powered electricity, that allows for miners to mine for Bitcoin and other cryptocurrency without having to spend much more money that they would in other states.

Despite the fact that many crypto miners have lost faith in the industry thanks to the bearish markets of 2018 – there are many that still believe in the sector. One notable proponent is Lisa Parks, who also happens to be the executive director of the Port of Douglas County. Parks states: “There is more to the (cryptocurrency story) than boom and bust.” The county is putting their money where their mouth is, as well, offering $50,000 to help build out the campus.

While the future might be promising in Washington – there have been companies that have folded in the area. Most famously, Giga Watt, described by media as a “Bitcoin (BTC) pioneer” actually filed for bankruptcy in November 2018, owing the same county – Douglas County – over $300,000.

However, others see opportunity. The world’s largest bitcoin mining producer, Bitmain, opened a $20 million facility in Douglas County the same month that Gigawatt filed for bankruptcy. The amount of power associated with the facility could potentially power thousands of homes.